Why Am I Becoming Lazy and Why It’s Bad? 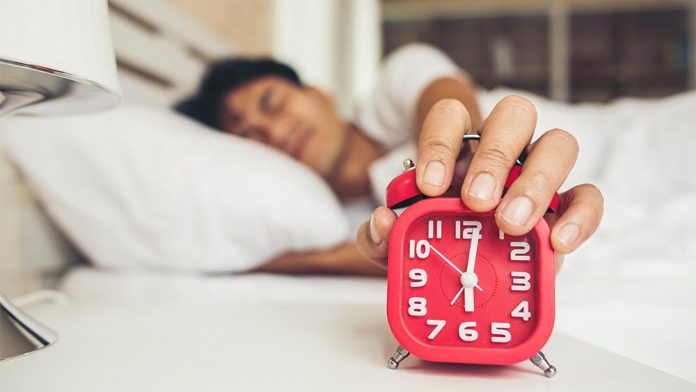 Have you ever felt you’re so lazy and don’t want to do anything at all? You want to lay on the bed while staring at the ceiling, then keep playing with the smartphone all day long. If that is what you think, you are not alone.

Most people find it a pleasure to be lazy. You don’t have to think about anything. Just enjoy the quietness and calmness in a world without stress. Sound great, right?

So, is laziness a good thing? Well, it is, at certain times. Being lazy is sometimes a good thing. Just considered it as your break time to release the stress and the depression in your mind.

But, wait a minute. Don’t get too excited yet.

Despite its convenience, most of the time, being lazy is bad. If you keep opting to be a lazy person, the negative things will keep coming on and on to you. Unless you decide to change your mindset and attitude.

Ask yourself, why am I becoming lazy? There must be reasons for that. Why do people become lazy?

Why do People become lazy?

Most people become lazy because they don’t have something to motivate or inspire them. They don’t know what they really want or what their dreams are. Thus, for them, they just keep walking without direction.

They just go where the wind blows. If they are tired, they stop or just walk slowly. There is no eagerness and effort to reach the destination quickly. They never asked themselves, ‘why am I becoming lazy?’.

That’s why motivation is something crucial to keep you going and chasing your dreams. So, to change the attitude, you need to find something to elevate their motivation.

“People are not lazy. They simply have impotent goals – that is, goals that do not inspire them.”
– Tony Robbins

Fear: Essential Wisdom for Getting Through the Storm

Undeniably, most people fear something that has yet to happen to them. Started with negative thoughts such as what if I fail? Can I hold responsible for that? What will people say if I failed?

Then, without them realizing it, they gradually become too lazy to do anything that they are afraid of. They never questioned themselves, “why am I becoming lazy?”. They are now comfortable with that.

Stop that. Instead of hiding behind scared of failure, why not be brave and give it a try. Instead of worrying about what people say of you, why not spend time trying to accomplish something they will admire.

People need to have a lot of courage to step forward in their life. No matter what we do, there’s always a risk that we have to take to climb the ladder of our life.

So, be fearless and avoid overthinking something unnecessary to be a diligent person in the future.

“We in the U.A.E. have no such word as ‘impossible’; it does not exist in our lexicon. Such a word is used by the lazy and the weak, who fear challenges and progress.”
– Mohammed bin Rashid Al Maktoum

Another reason why are we becoming lazy is because of the distraction around us. It makes us lazy to work on our life goals. Focus is something hard to do these days. There are so many things that can distract you from your work. Not to mention, with the existence of smartphones, social media, and online games, people are easily distracted by them.

Actually, the usage of smartphones can give us a lot of benefits if we use them wisely. But, if we’re not using it right, it will become an obstacle for us to reach our dreams.

Nevertheless, everything is up to you and yourself. Most people try to blame others for what happened to them. Please put in your mind; that it is you who decide what you are going to be in the future.

You might be thinking, why lazy is bad? Why lazy is not good for you? And what are the bad effects of laziness?

Why Lazy is bad?

1. The reason for negative habits in you

Certainly, good habits will not come out for you by being lazy. In fact, it will become the root of negative things that you usually do.

These negative people will eventually become pessimistic and not even bother to try something beneficial for them. Even worse, they become the dismissive sound that weakens the others’ spirit to chase their dreams.

And spread the disease of ‘laziness’ to make the people join their ‘lazy’ club. Do not let laziness plant in your heart because it will take a long time and backbreaking work to get rid of it.

“Great things come out of being hungry and cold. Once you’re pampered, you get lazy.”
– Rob Zombie

2. The total opposite side of discipline

As you know, a successful people’s secret recipe is discipline and determination in all the things they do. But, laziness is a totally different direction of discipline, which means the person who does it, will become the opposite of a successful person.

The difference between them is that the people with discipline will try to endure it relentlessly and try to beat those hard times whenever the hard time comes. Meanwhile, the lazy will run away from it because they don’t like hard, uncomfortable things at all.

“Success isn’t measured by money or power or social rank. Success is measured by your discipline and inner peace.”
– Mike Ditka

3. Looked down by others

Have you ever been scolded by your teacher because of your laziness and looked down upon? Actually, not only the teachers in the school will do that, but in reality, society also looks down on those who are lazy, and it’s a common thing.

If you are a failure, but you keep working hard to go for your dreams, you still will be respected due to your tenaciousness. The story will be different for those who give up their dreams because they are too lazy to chase them.

Thus, if you want to earn respect from others, do not be lazy. Keep fighting for your dreams.

“The way I see it, if you want the rainbow, you gotta put up with the rain.”
– Dolly Parton

Ask yourself again, why am I becoming lazy? You will get nothing much by being lazy, and there’s nothing you will lose by being hardworking. So, why don’t you try to be hardworking? Life is short, don’t be lazy.

60 How to Overcome Fear Quotes

Previous article
What is The Best Way to Stop Overthinking? 4 Simple Tips
Next article
Feeling Unmotivated and Uninspired: 5 Reasons Why

How Reading Can Help You Succeed-Read!

When you keep reading, you set yourself up for success. How reading a lot can help you succeed. Here few reasons why reading can help you...

May these Charity Quotes in Islam give you the inspiration to get better in your life. Charity does not decrease wealth and wipes out sins...

Meet new people quotes. There's no one that can make any friend without having to meet them first. I love meeting new people...

You Should Never Give Up on Your Dreams: 6 Reasons

You have dreams, don’t let anyone or anything stop you. 6 reasons why you should never give up on your dreams. Giving up is easy...