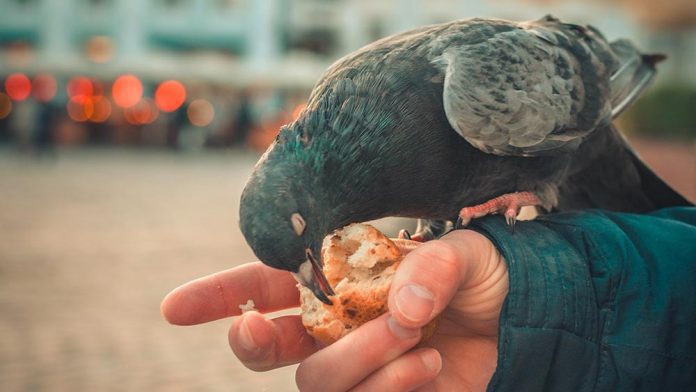 May these What Goes Around Comes Around Quotes give you the inspiration to get better in your life. Have you ever been in a situation where you were down due to unavoidable problems, but then suddenly you were given helped unexpectedly by someone you have helped before or even someone you don’t know?

I’ve had the experience before, and I’m pretty sure a lot of people have had too. Undeniably, in this world, there isn’t a single person who hasn’t been helped by someone else at some point in their life.

It doesn’t matter whether it was just verbal support or assistance in overcoming a personal or professional challenge. For instance, when you were born, did you go out by yourself without help from others?

And when you die, can you bury yourself without being assisted by others? That’s the reason why you need to be a good person, always help each other and be kind to each other. Because what goes around comes around.

Believe me, when you help people, God will reward you and send help to you whenever you need it the most. Thus, to motivate and inspire you always to be kind and help each other, here are 60 What Goes Around Comes Around Quotes for you.

What Goes Around Comes Around Quotes

“I have always believed that what goes around comes around.” – Rajeev Shukla

“I believe in karma, and I believe if you put out positive vibes to everybody, that’s all you’re going to get back.” – Kesha

“There’s a natural law of karma that vindictive people, who go out of their way to hurt others, will end up broke and alone.” – Sylvester Stallone

“Things don’t just happen in this world of arising and passing away. We don’t live in some kind of crazy, accidental universe. Things happen according to certain laws, laws of nature. Laws such as the law of karma, which teaches us that as a certain seed gets planted, so will that fruit be.” – Sharon Salzberg

“But life inevitably throws us curve balls, unexpected circumstances that remind us to expect the unexpected. I’ve come to understand these curveballs are the beautiful unfolding of both karma and current.” – Carre Otis

“Karma, memory, and desire are just the software of the soul. It’s conditioning that the soul undergoes in order to create experience. And it’s a cycle. In most people, the cycle is a conditioned response. They do the same things over and over again.” – Deepak Chopra

“Figure out what you’re good at and start helping other people with it; give it away. Pay it forward. Karma sort of works because people are very consistent. On a long enough timescale, you will attract what you project.” – Naval Ravikant

“Problems or successes, they all are the results of our own actions. Karma. The philosophy of action is that no one else is the giver of peace or happiness. One’s own karma, one’s own actions are responsible to come to bring either happiness or success or whatever.” – Maharishi Mahesh Yogi

“Your karma should be good, and everything else will follow. Your good karma will always win over your bad luck.”
– Rohit Shetty

“I would never disrespect any man, woman, chick or child out there. We’re all the same. What goes around comes around, and karma kicks us all in the butt at the end of the day.” – Angie Stone

“Just try to do the right thing, and that’s immediate karma: ‘I feel good about myself.’” – Linda Thompson

“Karma is like a boomerang. I hope you have many happy returns.” – Frank Sonnenberg

“Karma is not just about the troubles, but also about surmounting them.” – Rick Springfield

“The universe is based on fair exchange. What you give you will get.” – Guruji Sri Sri Poonamji

“What goes around comes around. And sometimes you get what’s coming around.” – Jim Butcher

“Everything you do, everything you say, every choice you make, sooner or later comes back around.” – Anonymous

“Treat others as you wish to be treated. What goes around comes around. Karma’s only a bitch if you are.” – Anonymous

“You have to protect yourself at all times. What goes around comes around.”
– Floyd Mayweather, Jr.

“What goes around comes around. You get what you give. And also if you do good things, good things will happen.” – Anonymous

“What goes around comes around. Do good and good will follow you. For whatsoever a man sows, that shall he also reap.” – Anonymous

“Treat other people’s homes as you want them to respect yours because what goes around comes around.” – Ana Monnar

“You cannot do harm to someone because someone has done harm to you. You will pay just like they will.” – Ericka Williams

“If you give a good thing to the world, then, over time, your karma will be good, and you’ll receive good.” – Russell Simmons

“Not only is there often a right and wrong but what goes around does come around — karma exists.” – Donald Van De Mark

“What goes around comes around, when it catches you, I plan on making popcorn, pouring some wine and making a toast while I laugh.” – Anonymous

“Always be kinder than necessary. What goes around comes around. No one has ever made themselves strong by showing how small someone is.” – Anonymous

“What goes around comes around. That’s how it works. Sooner or later the universe will serve you the revenge that you deserve.” – Jessica Brody

“No need for revenge. Just sit back and wait. Those who hurt you will eventually screw up themselves and if you’re lucky, God will let you watch.”
– Anonymous

“What goes around comes around, simple words but powerful. Do bad it will hit you ten times worse, do good it will come back a hundred times better.” – Anonymous

“You Reap what you Sow: life is like a boomerang. Our thoughts, deeds and words return to us sooner or later, with astounding accuracy.” – Grant M. Bright

“There was only me, myself and I. Only dancing to my very own sound. But I was wrong and now I know that in fact, what goes around comes around.” – Ida Corr

“Love life — engage in it; give it all you’ve got. Love it with a passion, because life truly does give back, many times over, what you put into it.” – Maya Angelou

“Karma moves in two directions. If we act virtuously, the seed we plant will result in happiness. If we act non-virtuously, suffering results.” – Saying Lipham

“As she has planted, so does she harvest; such is the field of karma.” – Sri Guru Granth Sahib

“Men are not punished for their sins, but by them.” – Elbert Hubbard

“People pay for what they do, and still more, for what they have allowed themselves to become. And they pay for it simply: by the lives they lead.” – Edith Wharton

“Realize that everything connects to everything else.”
– Leonardo Da Vinci

“You cannot do harm to someone because someone has done harm to you. You will pay just like they will.” – Ericka Williams

“You are free to choose, but you are not free from the consequences of your choice.” – Anonymous

“Every action has an equal and opposite reaction. This is the law of the universe and spares none. Wrong done and injustice inflicted is paid back in the same coin. No one has escaped justice in the universe. It is only a matter of time.” – Anil Sinha

“Whatever you give to life, it gives you back. Do not hate anybody. The hatred which comes out from you will someday come back to you. Love others. And love will come back to you.” – Anonymous

“Sooner or later in life, we will all take our own turn being in the position we once had someone else in.” – Anonymous

“When you carry out acts of kindness you get a wonderful feeling inside. It is as though something inside your body responds and says, yes, this is how I ought to feel.” – Harold Kushner

“Sooner or later, everyone sits down to a banquet of consequences.” – Robert Louis Stevenson

“If you give the slightest pain to any living being, then in the form of pain, the pain-giving-karma will give you its ‘fruit’. So think before you hurt any living being.” – Dada Bhagwan

“It is a rule of life that we eventually become victims of the evil we do to others.”
– Wayne Gerard Trotman

“We must always reflect only what we wish to see reflected within us.” – Robin Sacredfire

“Show a little faith in someone when they need it. It’s amazing how it comes back around to you.” – Garon Whited

“Eventually you are answerable to yourself for your deeds. Be good and do good!” – Harsh Agrawal

“Every act done, no matter how insignificant, will eventually return to the doer with equal impact. Good will be returned with good; evil with evil.” – Nishan Panwar

“They say, ‘You can’t give a smile away; it always comes back.’ The same is true of a kind word or a conversation starter. What goes around, comes around.” – Susan RoAne

“If you want to be happy, stop thinking about revenge. When you stop focusing on someone else’s unhappiness, you have more time and energy to work on your own happiness.” – Karen Salmansohn

“Stop blaming others for the pains and sufferings you have. They are because of you, your karma, and your own disposition.” – Girdhar Joshi

“Universe first gives you; what you wish for others.”
– Aditya Ajmera

“Remember to honor the hand which reached out for you when you needed it, by being that hand to someone else who is struggling.” – Greg Dutilly

“If you give your best to someone it will most definitely come back to you, often from a different person altogether.” – Hrishikesh Agnihotri

“In the long run, every man will pay the penalty for his own misdeeds. The man who remembers this will be angry with no one, indignant with no one, revile no one, blame no one, offend no one, hate no one.” – Epictetus

May these Self Reward Quotes give you the inspiration to get better in your life. If you believe in yourself, never quit, you'll be a winner.

60 Quotes Trust on Friendship to show your Love

Quotes trust on friendship. If we truly trust no one, we cannot survive. You may think that the true friend cannot be in reality...

How to Show Love: 9 Ways You Should Try!

When you love someone, it’s important that you show them how much you care. How to show your love. How does she know you love her...

Is Money better than Education?

Is education can help you make money? Is money the reason many people get education? Then is money better than education?...

It's so important to keep motivating yourself to learn. How to Motivate yourself to keep learning. List of learning motivation strategies...