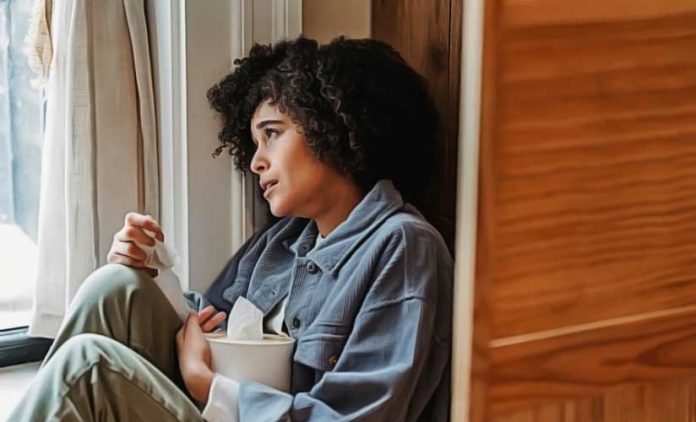 May these Quotes on Regret in Love give you the inspiration to get better in your life. At some point in our life, there must be something that we regret so much. And trust me, regret is something that everyone has. Even though it hurts so much, it is the thing that we cannot get rid of.

No matter how rich you are, no matter how influential a person you are, or no matter how strong you are, you just cannot simply get rid of regret. And you know what makes it even worse is regret in a love-life relationship.

The pain is unimaginable, and it will hurt and haunt you no matter where you go and no matter how long the time has passed. Thus, if there’s an option, whether you do or not, I will advise you just to go for it. Because the pain from you doing something you love is lighter than the pain from you don’t.

Thus, to inspire you in pursuing the things you love, either it is your husband or wife or even something or someone you really love, here are some quotes for you.

“Looking back, I have this to regret, that too often when I loved, I did not say so.” – Ray Stannard Baker

“The regret of my life is that I have not said ‘I love you’ often enough.” – Yoko Ono

“Never regret yesterday. Life is in you today and you make your tomorrow.” – L. Ron Hubbard

“I made decisions that I regret, and I took them as learning experiences… I’m human, not perfect, like anybody else.” – Queen Latifah

“I do not regret the things I’ve done, but those I did not do.” – Rory Cochrane

“We crucify ourselves between two thieves: regret for yesterday and fear of tomorrow.” – Fulton Oursler

“If you aren’t in the moment, you are either looking forward to uncertainty, or back to pain and regret.” – Jim Carrey

“The one thing I learned is to just give everything a shot. You don’t want to live in regret.” – Chloe Kim

“The only things you regret are the things you don’t do.”
– Michael Curtiz

“Speak when you are angry – and you’ll make the best speech you’ll ever regret.” – Laurence J. Peter

“As long as you feel good in something, it doesn’t matter what other people think. You just have to own it. You’ll never regret wearing something you really love.” – Lucy Boynton

“When I was four, we had to choose a musical instrument to play at school, and I chose the cello. I played until I was 18, and although I found it nerve-racking to play solo, I loved playing in an orchestra. When I left school I didn’t carry on with it, which I regret.” – Emilia Fox

“Our love is my regret.” – Anonymous

“Suffering of any kind is a very clear and unmistakable sign that we have abandoned love.”
– Dan Brulé

“I think I made essential a mistake in staying in movies, because I – but it’s a mistake I can’t regret, because it’s like saying, ‘I shouldn’t have stayed married to that woman, but I did because I love her.’” – Orson Welles

“I don’t regret giving up football for acting. I love football and am very proud I played for Morton. But the truth is, I wasn’t going to get much higher in football. At the same time, I sensed I could go somewhere in acting. I’m 28, which is young for acting, whereas in football I’d now be near the end of my career.” – Martin Compston

“The only calibration that counts is how much heart people invest, how much they ignore their fears of being hurt or caught out or humiliated. And the only thing people regret is that they didn’t live boldly enough, that they didn’t invest enough heart, didn’t love enough. Nothing else really counts at all.” – Ted Hughes

“Don’t waste your time in anger, regrets, worries, and grudges. Life is too short to be unhappy.” – Roy T. Bennett

“You might be looking for reasons but there are no reasons.”
– Nina LaCour

“Of all the words of mice and men, the saddest are, ‘It might have been.’” – Kurt Vonnegut

“Time was passing like a hand waving from a train I wanted to be on. I hope you never have to think about anything as much as I think about you.” – Jonathan Safran Foer

“The feelings that hurt most, the emotions that sting most, are those that are absurd – The longing for impossible things, precisely because they are impossible; nostalgia for what never was; the desire for what could have been; regret over not being someone else; dissatisfaction with the world’s existence. All these half-tones of the soul’s consciousness create in us a painful landscape, an eternal sunset of what we are.” – Fernando Pessoa

“If I’m sincere today, what does it matter if I regret it tomorrow?”
– José Saramago

“At the end of your life, you will never regret not having passed one more test, not winning one more verdict or not closing one more deal. You will regret time not spent with a husband, a friend, a child, or a parent.” – Barbara Bush

“It’s not what you are, it’s what you don’t become that hurts.” – Oscar Levant

“Live with intention. Walk to the edge. Listen hard. Practice wellness. Play with abandon. Laugh. Choose with no regret. Appreciate your friends. Continue to learn. Do what you love. Live as if this is all there is.” – Mary Anne Radmacher

“Never regret anything you have done with a sincere affection; nothing is lost that is born of the heart.”
– Basil Rathbone

“We all do things we desperately wish we could undo. Those regrets just become part of who we are, along with everything else. To spend time trying to change that, well, it’s like chasing clouds.” – Libba Bray

“Make the most of your regrets; never smother your sorrow, but tend and cherish it till it comes to have a separate and integral interest. To regret deeply is to live afresh.” – Henry David Thoreau

“Would ‘sorry’ have made any difference? Does it ever? it’s just a word. One word against a thousand actions.” – Sarah Ockler

“One doesn’t recognize the really important moments in one’s life until it’s too late.”
– Agatha Christie

“You can never regret anything you do in life. You kind of have to learn the lesson from whatever the experience is and take it with you on your journey forward.”  – Aubrey O’Day

“For of all sad words of tongue or pen, The saddest are these: ‘It might have been!” – John Greenleaf Whittier

“Well, it’s true that I have been hurt in my life. Quite a bit. But it’s also true that I have loved, and been loved. and that carries a weight of its own. A greater weight, in my opinion. It’s like that pie chart we talked about earlier. In the end, I’ll look back on my life and see that the greatest piece of it was love. The problems, the divorces, the sadness… those will be there too, but just smaller slivers, tiny pieces.” – Sarah Dessen

“I wanted to tell her everything, maybe if I’d been able to, we could have lived differently, maybe I’d be there with you now instead of here. Maybe… if I’d said, ‘I’m so afraid of losing something I love that I refuse to love anything,’ maybe that would have made the impossible possible. Maybe, but I couldn’t do it, I had buried too much too deeply inside me. And here I am, instead of there.” – Jonathan Safran Foer

“One of the most difficult things to think about in life is one’s regrets. Something will happen to you, and you will do the wrong thing, and for years afterward you will wish you had done something different.” – Lemony Snicket

“A man has cause for regret only when he sows and no one reaps.” – Charles Goodyear

“My only regret in life is that I didn’t spend as much time with my kids as I now wish I had.” – Perry Como

“Regrets are idle; yet history is one long regret. Everything might have turned out so differently.” – Charles Dudley Warner

“Were it not better to forget than to remember and regret?”
– Letitia Elizabeth Landon

“We all say things that we later regret.” – Bruce Braley

“I don’t regret anything and what I have done in my period of my life. Everything happens for a reason, and that’s why I am here.” – Golshifteh Farahani

“I try to be happy. I try to face things without regret or make sure that I’m happy with things and leave nothing unsaid if I can.” – Hozier

“I could never say that I regret being given the gift of experience and love.”
– August Alsina

“I’d love to do a golf movie. I turned down Don Johnson’s role in ‘Tin Cup.’ I regret that.” –  Dennis Quaid

“I regret not taking my 83-year-old mother to the Oscars the year I won. She deserved the Oscar for giving up so much for me.” – Kathy Bates

“Regret is a bitter emotion, so painful that the urge to avoid it often drives decision-making strategies.” – Robin Marantz Henig

“As a son and as a father, there are still various things that I haven’t done as well as I should have – that’s my dilemma and regret.” – Hirokazu Kore-eda

“I think you regret the things that you don’t do more than the things you do.” – Rachel Riley

“There’s a lot of things I could’ve done better, and I regret not doing better. I do know I always gave it my best shot.” – Jon Gruden

“Regret the times you’ve said ‘i love you’ without knowing what REALY loving someone is like.” – Unknown

“I will never regret loving you, only believing you loved me too.”
– Unknown

Know Your Strengths: How to Identify Them?

How to identify your strength? Is successful people know their strength? Don’t be afraid to try new things..

60 Beautiful Quotes How to Show Respect

Here are the Quotes how to show respect. 1. One of the most sincere forms of respect is actually listening to what another has to say...

Is Success Always About Money?

Does success in life mean money? How the world has defined success. Not all Rich People are Successful. Successful People on Success...

May these Control your Life quotes give you the inspiration to get better in your life. Control your own destiny or someone else will...