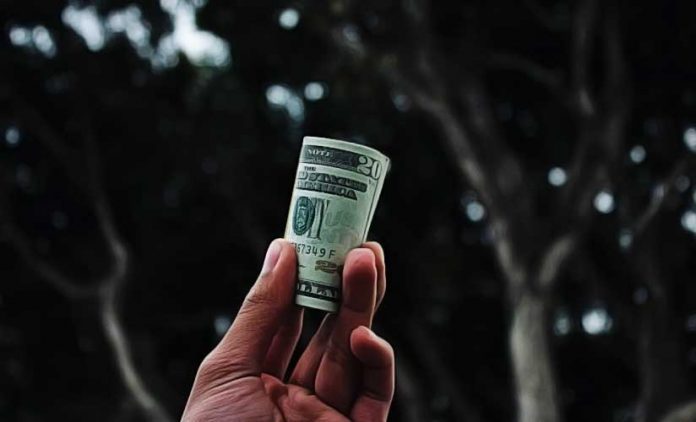 Having a lot of money is a dream for every person. Everybody wants to become rich, live up to their goals, and, more importantly, live their lives freely without worries, especially in spending their money. Because they thought that money is the source of happiness.

Having more money means you become a lot happier. That’s why a lot of people out there are working and striving very hard to make money.

Undeniably, having more money is very important in our lives, but then, many people tend to forget something more valuable for them while making money. Something that they cannot buy with money.

Did you know that there are many things out there that are more valuable than money? And the things that we treasure the most are subjective. Each and every one of us has something that we hold dearly. Thus, for me, family is something precious and cannot be replaced by anything in this world.

But the clock never stops ticking, and their children never stop growing. The only thing that they realize after having a lot of money is that the distance between him and his family is getting farther and farther away, and do you think they will become happy after that?

Therefore, having money is an essential thing in life. But apart from that, you also need to know what’s valuable in your life, something that you will sacrifice everything for them and cherish dearly. Try your best in balancing making money and making your life more meaningful.

Thus, to inspire you in making money, here are some quotes.

“The rich invest in time, the poor invest in money.” – Warren Buffett

“Earn with your mind, not your time.” – Naval Ravikant

“Trade money for time, not time for money. You’re going to run out of time first.” – Naval Ravikant

“Stop buying things you don’t need, to impress people you don’t even like.” – Suze Orman

“The money you have gives you freedom; the money you pursue enslaves you.” – Jean-Jacques Rousseau

“A wise person should have money in their head, but not in their heart.” – Jonathan Swift

“Making money is art and working is art and good business is the best art.” – Andy Warhol

“Don’t worry about being famous or making money; the most important thing is being the best. You have to become a master of your craft, and everything else will come.” – Anastasia Soare

“Business is about making money but it is also about having fun, so get your character across.”
– Peter Jones

“I want to maximize my potential. And when I talk about that, don’t get me wrong – I’m not talking about just making money.” – Victoria Azarenka

“Be curious, learn and read as much as you can about food. Don’t worry about making money. Focus on learning at various venues before you settle down for a steady position.” – Rocco DiSpirito

“Success is not just making money. Success is happiness. Success is fulfillment; it’s the ability to give.” – Adam Neumann

“There is no quick way of making money. People come to you with tips for the races or offer the latest Ponzi scheme, but I can see them coming a mile off. I just go with the adage that if it sounds too good to be true it probably is.” – Wilbur Smith

“I make myself rich by making my wants few.” – Henry David Thoreau

“Focusing your life solely on making a buck shows a poverty of ambition. It asks too little of yourself. And it will leave you unfulfilled.” – Barack Obama

“Don’t let making a living prevent you from making a life.” – John Wooden

“Making money is common sense. It’s not rocket science. But unfortunately, when it comes to money, common sense is uncommon.”
– Robert T. Kiyosaki

“So many people of wealth understand much more about making and saving money than about using and enjoying it. They fail to live because they are always preparing to live.” – Alan Watts

“Success is not the result of making money; earning money is the result of success – and success is in direct proportion to our service.” – Earl Nightingale

“Making money is not a thing that you do – it’s a skill that you learn.” – Naval Ravikant

“Making money is no fun. Contributing to and changing the world is a lot more fun.” – Muhammad Yunus

“Making money isn’t hard in itself… What’s hard is to earn it doing something worth devoting one’s life to.” – Carlos Ruiz Zafón

“Making money and doing good in the world are not mutually exclusive.” – Arianna Huffington

“Today, making money is very simple. But making sustainable money while being responsible to society and improving the world is very difficult.”
– Jack Ma

“Money is a great servant but a bad master.” – Francis Bacon

“I think everybody should get rich and famous and do everything they ever dreamed of so they can see that it’s not the answer.” – Jim Carrey

“Invest in as much of yourself as you can, you are your own biggest asset by far.” – Warren Buffett

“Seek wealth, not money or status. Wealth is having assets that earn while you sleep. Money is how we transfer time and wealth. Status is your place in the social hierarchy.” – Naval Ravikant

“Money is numbers and numbers never end. If it takes money to be happy, your search for happiness will never end.” – Bob Marley

“The best way to become a billionaire is to help a billion people.” – Peter Diamandis

“Money can’t buy happiness, but it will certainly get you a better class of memories.”
– Ronald Reagan

“Early to bed and early to rise makes a man healthy, wealthy, and wise.” – Benjamin Franklin

“We have always believed that it’s possible to make money without being evil.” – Larry Page

“My formula for success is to rise early, work late and strike oil.” – J. Paul Getty

“There is nothing wrong with making money, but it was just not in my family’s habits to know how to do that. All we knew how to do was work, and we usually liked the work we did.” – Stanley Hauerwas

“Making money is marvelous, and I love doing it, and I do it reasonably well, but it doesn’t have the gripping vitality that you have when you deal with the happiness of human life and with human deprivation.”
– Edgar Bronfman, Sr.

“Your ideas and the things that you do are dumb and stupid and make no sense – until you start getting recognized and making money. Then you’re a genius.” – GloZell

“Making money, it seems, is all about the velocity of moving it around, so that it can exist in Hong Kong one moment and Wall Street a split second later.” – Richard Dooling

“Money Making was never anything to me. I was happy never making money; I just was happy doing things I liked. But I fell into the money thing. I now don’t feel guilty about it, but I am determined to give away the bulk of it and enjoy doing it.” – David Rubenstein

“The secret of my success is that I make other people money. And, never ever, ever, ever be ashamed about trying to earn as much as possible for yourself, if the person you’re working with is also making money. That’s life!” – Simon Cowell

“Remember, if your business isn’t making money, then you and your employees aren’t, either.”
– Michael Gerber

“Everybody makes money for a living, but most of us actually do something that has a point, in addition to just making money. We examine and treat patients, we teach students, we draw up contracts and wills, we write for newspapers, magazines, and web sites, we clean floors, or we serve meals.” – Barry Schwartz

“Profits should be for a purpose. Profits should be productive. You should make money for producing benefits that make the world a better place. Making money is a good thing when it is made in service to humanity or democracy.” – Andrew Young

“The key to making money in angel investing is saying no. You meet with 100 companies and say no to 99 of them.” – Kevin Rose

“One of the biggest lessons I’ve learned is that there has got to be a reason for what you’re doing. You actually have to care about what you’re doing. The business has to be about something. Whatever the point of it is does not have to be inconsistent with making money, but usually if that’s the sole reason, it is not very successful.” – Stewart Butterfield

“The real key to making money in stocks is not to get scared out of them.”
– Peter Lynch

“Make sure to save for the future and keep making money!” – Jam Master Jay

“People say that making money in the content-media game is hard, and that is just, like, not my experience. It’s super-confusing, ’cause everyone’s like, ‘Oh, how are you going to monetize?’ It’s easy: just start talking, and then money rolls in.” – Jon Lovett

“What people forget is that every movie that gets made keeps making money for somebody FOREVER.” -Dave Thomas

“Some people find an interest in making money, and though they appear to be slaving, many actually enjoy every minute of their work.” – Walter Annenberg

60 Feeling Down Quotes to feel Appreciated

Is Money better than Education?

Quotes dealing with loneliness. Sometimes being alone will make you happier and make your life mean more than when you have many friends...

Success Lessons We Can Learn from Ritesh Agarwal

Ritesh Agarwal, CEO of Oyo Rooms, became the world’s second-youngest billionaire in 2020. Five success lessons we can learn from him...

Motivation and passion are driving forces in life. Motivation can help us get rid of bad habits. Why Motivation is Important in life...

May these Just Be Yourself quotes give you the inspiration to get better in your life. Be yourself, but always your better self...

Simple tips to study well. When your motivation is procrastination sinks in, refer to these motivation tips to get back into study mode...