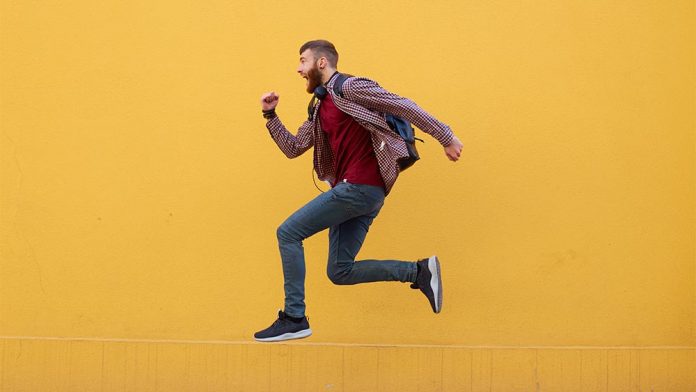 We never want to be late for anything, especially in terms of success. But if you have passed a certain age and are still not able to achieve your dream, is it too late for you now? Is success later in life possible? Is there any maximum age requirement to be successful? Let’s talk about late life success. May this reading benefit you 🙂

“I’m too old to start over.” “I have missed the chance, so it’s impossible for me anymore.” “I should just forget about my dream. It’s too late now.”

Have you ever felt that it’s too late for you to chase your dreams? Or become the person you want to be? Maybe starting your own business? Or even to change your life to become a better version of yourself? Have you ever felt it was impossible to have a late life success?

Well, I don’t have an answer for you, because the answer is in yourself. But, I just want to share something with you. The words ‘late’ should never be in your life dictionary at all. It should not be used long as your body can move, your head can think, and your soul in your body. In fact, it is never too late to succeed in life.

You have to fight for your dreams and live the life you want no matter what, when, and how hard they are. If you can dream it, then go for it. Many people live a life they don’t want to, with work they are not interested in and by doing something they don’t have passion about.

Just for you know, there isn’t anything worse than feeling regret. There is nothing that can cure you if you have regret, even more so, the regret of not trying. It will always be there with you, messing with your head and playing with your heart until the day you close your eyes, and there is nothing you can do about it.

You absolutely don’t want that! Those unsuccessful people always have excuses to appease their hearts and make it reasonable for them to forget about their dreams. It’s either they are too old, having financial problems, or too busy to live up to their dreams.

The fact that they forget is how important the dream is to them. And it’s never too late for late life success.

1. Never too old to chase your dream

It is never too late for anything as long as you put your mind to it. Talking about late life success, the name of KFC’s founder, Colonel Harland Sanders will surely come to your mind. Indeed, he only achieved success later in his life.

But, do you know that he already had to face so many failures before his late life success? He was fired from his job. Failed his business. But he never gave up. Despite all of that storm, he continues to face the challenges head-on and work hard to achieve his dream. For him, it is never too late to succeed in life.

Only when he was 65 years old, did the sun started shining on him. He became successful and very well known these days. His face is everywhere even when he was already gone a long time ago.

How amazing is that, despite being an old man? When someone as old as him has already retired and is resting at their home, he still works hard. Continue to pursue his dream, take on the challenges, and in the end, he was successful.

His late life success is truly an inspiration. So, believe in yourself. It’s never too late for anything until you decide so.

“Remember that it’s never too late, and you’re never too old to get the body you were born to have.”
– David Kirsch

2. Never too late to change

Late life success is achievable if you are open to change. No matter how old are you, it’s never too late to change for the better. You can still have success later in life if you change the things that are not working out. Don’t change goals. Change the strategy.

Have you ever wondered why everything goes wrong? or why you always make mistakes? It’s fine. There’s nobody in this world who doesn’t make mistakes; nobody is perfect. Even a genius person like Steve Jobs also makes mistakes.

But then, what makes Steve Jobs a successful person? It’s learning from his mistakes and changing the strategy. He changed his lifestyle, changed the way he thinks, and makes it a turning point to become successful. It’s never too late to succeed in life.

And believe me, you also can change. No matter how old are you, it’s never too late to change. What’s done is done. Nobody can go back and start a new beginning. But anyone can start today and make a new ending. Then though it’s not early, late life success will come to you.

So, if you make mistakes, it’s fine. Look back at what you did wrong, learn from it, improve yourself, and you can start all over again. It is never too late for you.

The only thing that matters is how much you desire to change yourself, improve yourself, and learn something new, despite all the failures you have had in the past. So, do you really want to change? Do you want to get more out of your life?

“If the path you’re walking on seems to be leading you to nowhere, stop and choose another. It’s never too late to change direction.”
– Anonymous

“No matter how far you have gone on the wrong road, you can still turn around.”
– Anonymous

3. Never too late to fight your fear for your dreams

For most people, accepting a quiet life without risk has always been a better option rather than going through hardship to realize their dreams. They’re too old to start again. Not to mention late life success, it’s never existed in their mind.

They are afraid of failure, and they are afraid of unknown things that might face them. But then ask yourself, is it okay with you? Will you be satisfied with that? Is it the life you want to live?

Only you can decide that. When chasing your dreams, you might fail. But it is nothing compared to the regret that you will feel for settling into a life that you don’t want. That’s why you need to try hard to fight your fear, defeat them and go for your dreams. Even though it means having success later in life.

No matter how long the fight will keep going, it does not matter as long as you have the will and desire to do that. And trust me, it is never too late to make it realize.

“Each of us must confront our own fears and must come face to face with them. How we handle our fears will determine where we go with the rest of our lives. To experience adventure or to be limited by the fear of it.”
– Judy Blume

“The brave man is not he who does not feel afraid, but he who conquers that fear.”
– Nelson Mandela

It is never too late to succeed in life, or never too late to start. As long as you have the will and desire, you can face all of them head-on. It may take a while, but a late life success is definitely a success too. Remember, it’s better late than never.

Previous article
How to Start Doing: Be an Action Taker
Next article
Learn From the Past: How Can it Help us?

Calmness is a vital thing in your life. 1. There are some things you learn best in calm, and some in storms. Best Calmness in Life Quotes...

Quotes dealing with loneliness. Sometimes being alone will make you happier and make your life mean more than when you have many friends...