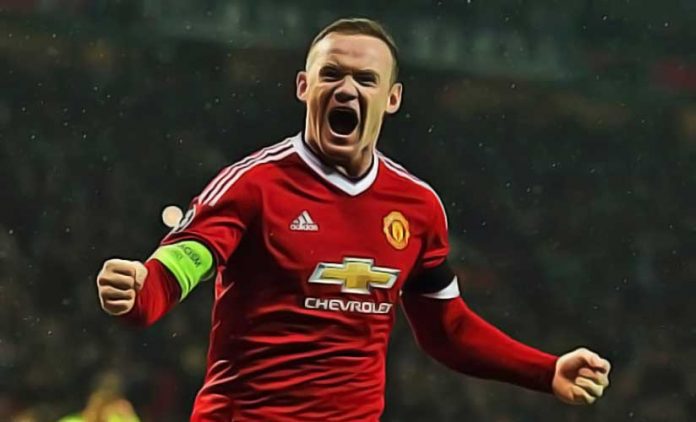 Looking for any Inspiring Quotes by Wayne Rooney? If that is so, then you are in the right place. But before that, let’s get to know the background of this famous figure.

Born 24 October 1985, Wayne Rooney is a former England National Team player and Ex-Manchester United player who is currently a Championship club Derby County manager. When he was a player, he played many positions.

Early in his career, he played as a center forward. Then he played in various midfield roles at the end of his career. In fact, he is one of his generation’s greatest players in the world. He is one of the top goalscorers for both the national team of England and Manchester United.

Wayne Rooney started his professional career for Everton in 2002 at the age of 16 and spent two seasons there. His heroic and amazing performance at the Merseyside club has earned him a place in the EPL giant’s club, Manchester United, for £25.6 million in the 2004 summer transfer window.

His performance was outstanding there, where he has helped The Red Devil win 16 trophies which include Premier League, FA Cup, UEFA Champions League, League Cup, UEFA Europa League, and FIFA Club World Cup.

While for the international level, Rooney made his senior international debut for England in February 2003, at only aged 17, and in fact, he is England’s youngest ever goalscorer. He was featured at UEFA Euro and several times at the World Cups with England and was considered the best player in his country.

Thus, to become successful, you need to get advice from a successful person. Without further ado, let’s be inspired by Wayne Rooney’s quotes.

“You’re trying to put yourself in that moment and trying to prepare yourself, to have a ‘memory’ before the game. I don’t know if you’d call it visualizing or dreaming, but I’ve always done it, my whole life.” – Wayne Rooney

“I want to score in every game and win things. That’s the most important thing.” – Wayne Rooney

“When I was younger, I used to visualize myself scoring wonder goals, stuff like that.” – Wayne Rooney

“Nice to see your home fans boo you. That’s what loyal support is.” – Wayne Rooney

“I love football, football is my life.”
– Wayne Rooney

“Growing up, watching the Premier League as far back as I can remember, feeling the trophy and having the medal around my neck was an unbelievable feeling.” – Wayne Rooney

“I’ve learned that it is important not to go over the top with aggression, because then either you are going to miss a lot of games, or you are not going to be concentrating on the game you are playing.” – Wayne Rooney

“Everyone who watches me plays knows I am an honest player. play the game as honestly as I can. If the referee gives a penalty there is nothing you can do.” – Wayne Rooney

“For me, Scholesy’s the best footballer England has produced in my time. The way he controlled games, passed the ball, saw things that other players didn’t see; it was a pleasure to play with him and United was lucky to have him for so long.” – Wayne Rooney

“Those who said I’m not an out-and-out goal-scorer are probably right. I always feel I could score more.”
– Wayne Rooney

“You can learn more from the lows than the highs. The highs are great but the lows make you really look at things in a different way and want to improve. Every player will have both in their careers and I have, but what you get is that experience which is so important to perform at your best.” – Wayne Rooney

“There are many ways to grow football-wise. You go slow or are pushed to go faster, otherwise, you get left behind. For me, there would be trouble in stopping learning.” – Wayne Rooney

“The important thing is to be there, score when needed. It’s better if the goals are beautiful, better still if they are important.” – Wayne Rooney

“I grew up an Everton fan, my whole family is Everton fans and I grew up hating Liverpool. And that hasn’t changed.” – Wayne Rooney

“Football is made up of all kinds of conflict. In a dressing room, between players, between us and the manager, between us and loads of people who don’t seem to matter. It’s constant and harsh sometimes.” – Wayne Rooney

“I love football, I’ve never really taken an interest in anything else.” – Wayne Rooney

“Football’s about the young players, bringing youth team players through to the first team and hopefully getting the best out of them so they can go on to play for their country.” – Wayne Rooney

“I’ve matured since joining United, on and off the field.” – Wayne Rooney

“I’ve started doing my coaching badges, I’d like to be a manager one day.”
– Wayne Rooney

“When I was about 16, I got my ball taken off me by the police for playing in the street – which is pathetic really.” – Wayne Rooney

“I just hate losing and that gives you an extra determination to work harder.” – Wayne Rooney

“When you are 16 there is no fear whatsoever. As you get older you play in more important games and that is when you start thinking about what will happen if you win or lose.” – Wayne Rooney

“I’ve trained all my life. I’ve always been one who enjoys training so it’s not something that I think I can just stop doing. It might not be as regular but I want to keep training.” – Wayne Rooney

“I train as hard as I can every time I train and I do extra training every day and I’ve done that since I was a young boy.” – Wayne Rooney

“You just want to keep playing consistently now and keep working hard and I’m sure the goals will come.”
– Wayne Rooney

“I am mentally strong.” – Wayne Rooney

“I’ll keep doing my training and I’m sure the goals will come.” – Wayne Rooney

“I’m only a human being.” – Wayne Rooney

“When they talk to me, people say, ‘I didn’t expect you to be how you are.” – Wayne Rooney

“I don’t normally cook, but if I did it probably would be beans, sausage, bacon and eggs. I never really get to eat that to be honest.” – Wayne Rooney

“If we’re on long-haul flights I’ve been known to sleep on the floor so I hear the engine.” – Wayne Rooney

“I like musicals and I love music.” – Wayne Rooney

“I’m not really that bothered by appearance. I know a few players who go off doing stuff in the mirror ages before they go out to play a game, but I’m not really interested in that.” – Wayne Rooney

“Becoming a dad was the proudest moment of my life. Playing football does not even compare.” – Wayne Rooney

“Becoming a dad means you have to be a role model for your son and be someone he can look up to.” – Wayne Rooney

“I might have faults but I’m not a big head.”
– Wayne Rooney

“I listen to 50 Cent, Jay-Z, Stereophonics, Arctic Monkeys; also the musical Oliver – I can sing every tune.” – Wayne Rooney

“Just to confirm to all my followers I have had a hair transplant. I was going bald at 25 why not.” – Wayne Rooney

Why Planning is Important in Life

Planning is necessary if you want to be successful. “If you fail to plan, you are planning to fail.” Why planning is important in life...

Good study habits start with setting goals, being consistent, and learning from our failures. Effective Study Techniques for College to Try..