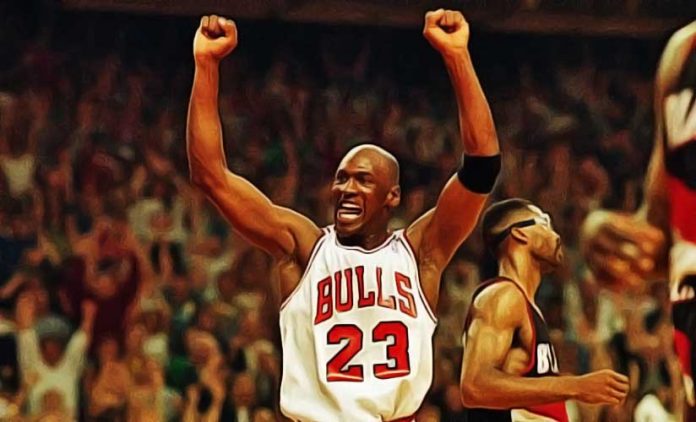 Are you a fan of Michael Jordan? Looking for any Inspiring Quotes by Michael Jordan? If so, then you are completely in the right place. But before that, let us get to know the background of this famous figure.

Do you know Michael Jordan? Of course, you know him. You may not know of his heroic performance during his days as a player, but I’m pretty sure you have seen his face either on television, the internet, or even the signboard.

And If you are a fan of basketball, surely you will not disagree with statements that stated Michael Jordan is a basketball legend. For those who don’t know, let me tell you, his performance is very outstanding and fantastic in basketball.

He is also considered the greatest basketball player that has ever played the game. Thus, to become successful, you need to get advice from a successful person. Without further ado, let’s be inspired by Michael Jordan’s quotes.

“You must expect great things of yourself before you can do them.” – Michael Jordan

“I can accept failure, everyone fails at something. But I can’t accept not trying.” – Michael Jordan

“To be successful you have to be selfish, or else you never achieve. And once you get to your highest level, then you have to be unselfish. Stay reachable. Stay in touch. Don’t isolate.” – Michael Jordan

“If you quit once it becomes a habit. Never quit!” – Michael Jordan

“I’ve missed more than 9000 shots in my career. I’ve lost almost 300 games. 26 times, I’ve been trusted to take the game winning shot and missed. I’ve failed over and over and over again in my life. And that is why I succeed.” – Michael Jordan

“My attitude is that if you push me towards something that you think is a weakness, then I will turn that perceived weakness into a strength.” – Michael Jordan

“Obstacles don’t have to stop you. If you run into a wall, don’t turn around and give up. Figure out how to climb it, go through it, or work around it.” – Michael Jordan

“To learn to succeed, you must first learn to fail.” – Michael Jordan

“Everybody has talent, but ability takes hard work.” – Michael Jordan

“The key to success is failure.” – Michael Jordan

“If you do the work you get rewarded. There are no shortcuts in life.” – Michael Jordan

“Failure is acceptable. but not trying is a whole different ball park.” – Michael Jordan

“I play to win, whether during practice or a real game.” – Michael Jordan

“The best come from the worst.” – Michael Jordan

“I’ve never lost a game, I just ran out of time.” – Michael Jordan

“Some people want it to happen, some wish it would happen, others make it happen.” – Michael Jordan

“Every time I feel tired while I am exercising and training, I close my eyes to see that picture, to see that list with my name. This usually motivates me to work again.” – Michael Jordan

“You have to expect things of yourself before you can do them.” – Michael Jordan

“I’m not out there sweating for three hours every day just to find out what it feels like to sweat.”
– Michael Jordan

“If it turns out that my best wasn’t good enough, at least I won’t look back and say I was afraid to try.” – Michael Jordan

“My body could stand the crutches but my mind couldn’t stand the sideline.” – Michael Jordan

“I know fear is an obstacle for some people, but it is an illusion to me. Failure always made me try harder the next time.” – Michael Jordan

“I realized that if I was going to achieve anything in life I had to be aggressive. I had to get out there and go for it.” – Michael Jordan

“I own the guy guarding me.” – Michael Jordan

“I would tell players to relax and never think about what’s at stake. Just think about the basketball game. If you start to think about who is going to win the championship, you’ve lost your focus.” – Michael Jordan

“The game has its ups and downs, but you can never lose focus of your individual goals and you can’t let yourself be beat because of lack of effort.” – Michael Jordan

“Don’t let them drag you down by rumors just go with what you believe in.” – Michael Jordan

“Once I made a decision, I never thought about it again.” – Michael Jordan

“Learning’s a gift, even when pain is your teacher.” – Michael Jordan

“The minute you get away from fundamentals – whether it’s proper technique, work ethic or mental preparation – the bottom can fall out of your game, your schoolwork, your job, whatever you’re doing.” – Michael Jordan

“The game is my wife. It demands loyalty and responsibility, and it gives me back fulfillment and peace.” – Michael Jordan

“It’s heavy duty to try to do everything and please everybody. My job was to go out there and play the game of basketball as best I can. People may not agree with that. I can’t live with what everyone’s impression of what I should or what I shouldn’t do.” – Michael Jordan

“Heart is what separates the good from the great.” – Michael Jordan

“You can practice shooting 8 hours a day, but if your technique is wrong, then all you become is very good at shooting the wrong way. Get the fundamentals down and the level of everything you do will rise.”
– Michael Jordan

Previous article41 Interesting Quotes by Kobe Bryant
Next articleWhy Discipline is Important for Success: 3 Reasons Why

May these Just Be Yourself quotes give you the inspiration to get better in your life. Be yourself, but always your better self...

Simple tips to study well. When your motivation is procrastination sinks in, refer to these motivation tips to get back into study mode...

Quotes to Inspire Yourself: 42 Short Quotes to Say to Yourself

To be successful, we should use every day as an opportunity to change. Short Quotes to say to yourself that will inspire you...

Angry quotes. Whatever is begun in anger ends in shame. I will give you two situations, and you must answer the question honestly...

60 Quotes on What is a Good Friend

sad quotes about friends. Good friends quotes. A good friend is someone who will support and encourage you whenever you are down...

How Can Positive Attitude Help You be Successful

How to Start Doing: Be an Action Taker

Action is much more powerful than empty talk. How to be an action taker. Go for your goals, never delay about it...