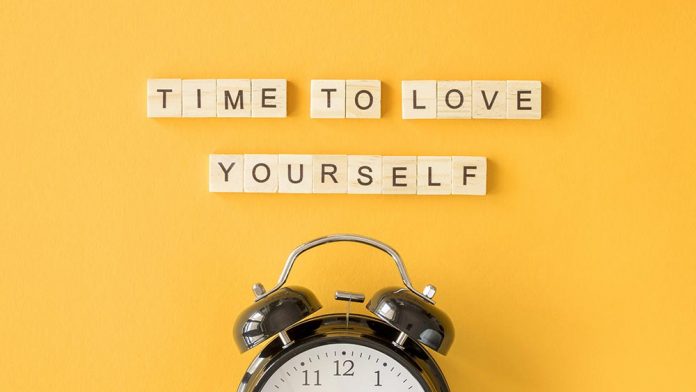 May these Self Reward Quotes give you the inspiration to get better in your life. Have you ever felt that a lot of things that you did don’t feel rewarding, and you feel like doing all of those things in vain?

Not to mention, many people surrounding you are not appreciating what you have done for them, and even worse, they are not aware of any of it at all.

These things must be frustrating for you. But trust me, you are not alone in this situation. A lot of people have been there. Let me tell you something. If there are no people who want to appreciate you, you are the one who is going to appreciate yourself.

If there is no one to reward you for your hard work, you are the one to reward yourself. So, never feeling down about it. And once in a while, you need to give yourself a self-rewards to boost up your confidence and motivation.

For your information, there are tons of things out there you can find to make yourself happy. It doesn’t matter whether it is something tangible or intangible or even only a memory. If it is an award for yourself, and you deserve to enjoy it.

Therefore, to encourage you to reward yourself, here are some self-reward quotes for you.

“If you believe in yourself and have dedication and pride – and never quit, you’ll be a winner. The price of victory is high but so are the rewards.” – Bear Bryant

“My beliefs are that good person who works hard get their rewards. There will be struggles at times and hurdles along the way – life throws up all sorts – but in the end, you will prevail if you stick to the right path.” – Moeen Ali

“Be yourself; everyone else is already taken.” – Oscar Wilde

“The rewards for those who persevere far exceed the pain that must precede the victory.” – Ted Engstrom

“The truth is, the harder you fight, the sweeter are the rewards in the end.”
– Mary Kom

“One of the rewards of success is freedom, the ability to do whatever you like.” – Sting

“To be yourself in a world that is constantly trying to make you something else is the greatest accomplishment.” – Ralph Waldo Emerson

“In nature, there are neither rewards nor punishments; there are consequences.” – Robert Green Ingersoll

“I think the reward for conformity is that everyone likes you except yourself.” – Rita Mae Brown

“Your self-worth is determined by you. You don’t have to depend on someone telling you who you are.” – Beyoncé

“Nothing is so rewarding than the patience that you take to go over the ramps of life. They may slow you down, but you are an unstoppable hero. Keep driving!” – Israelmore Ayivor

“Do not fear to be eccentric in opinion, for every opinion now accepted was once eccentric.”
– Bertrand Russell

“Beauty begins the moment you decide to be yourself.” – Coco Chanel

“You have to remember that even though the long-term goals are tougher and time-consuming to achieve, in the end, they are more rewarding.” – Pooja Agnihotri

“Do not worry about who gets the credit or praise for the work done. Continue to work to give your best. Your reward may come unexpectedly.” – Lailah Gifty Akita

“To be successful, one has to be one of three bees – the queen bee, the hardest working bee, or the bee that does not fit in. One success is inherited, and the next one is earned. While the last one is self-sought, self-served, and happens on its own terms.” – Suzy Kassem

“Care about what other people think, and you will always be their prisoner.”
– Lao Tzu

“Moving forward with success is a greater accomplishment, when we bring others along with us.” – Ellen J. Barrier

“Losing a pound isn’t necessarily a reward. Being healthy and feeling good about yourself is the reward.” – Nancy Peterson

“She had her reward! – that reward of which no enemy could deprive her, which no slanders could make less precious – the eternal reward of knowing that she had done her duty.” – Ernestine L Rose

“You get what you reward. Be clear about what you want to get and systematically reward it.” – Bob Nelson

“If I have caused just one person to wipe away a tear of laughter, that’s my reward.” – Victor Borge

“When helping others, do not look for a reward; If you are looking for rewards, don’t help others.” – Anonymous

“When you feel like giving up, that’s the exact moment that you have to keep pushing on. The reward is right around the corner.” – Anonymous

“It is always good to do for others without expecting anything in return. You will get your reward.” – Anonymous

“It is wrong to expect a reward for your struggles. The reward is the act of struggle itself, not what you win.” – Phil Ochs

“The highest reward for a man’s toil is not what he gets for it but what he becomes by it.”
– John Ruskin

“The tougher the job, the greater the reward.” – George Allen Sr

“If people are good only because they fear punishment, and hope for reward, then we are a sorry lot indeed.” – Albert Einstein

“Our true reward is not in the moment of victory, but the times we spent persevering.” – Marrett Green

“If you’re brave enough to say goodbye, life will reward you with a new world.” – Anonymous

“Instead of thinking of the potential rewards that acting as someone else may bring you, always remember that ultimately there is no reward in doing anything that would cause you to be dishonest with yourself.” – Anurag Prakash Ray

“No man who continues to add something to the material, intellectual and moral well-being of the place in which he lives is left long without proper reward.” – Booker T Washington

“If you’re brave to say ‘goodbye,’ life will reward you with a ‘hello.’” – Paulo Coelho

“Before the reward, there must be labor. You plant before you harvest. You sow in tears before you reap joy.”
– Ralph Ransom

“An act of goodness is of itself an act of happiness. No reward coming after the event can compare with the sweet reward that went with it.“ – Maurice Maeterlinck

“Work hard, and life will reward you unproportionally.” – Benjamin Raz

“Infinite striving to be the best is man’s duty; it is its own reward. Everything else is in God’s hands.” – Mohandas Gandhi

“Wisdom is the reward you get for a lifetime of listening when you’d have preferred to talk.” – Doug Larson

“Love is the expression of one’s values, the greatest reward you can earn for the moral qualities you have achieved in your character and person, the emotional price paid by one man for the joy he receives from the virtues of another.” – Ayn Rand

“Ask yourself, does the reward outweigh the risk? If it does then go for it!” – Anonymous

“It is Basic Management 101 that if you reward failure you are going to get more failure, and if you want success you should reward success. But if you look at the way this administration has approached national security, they have kind of got that principle backwards.”
– Chris Van Hollen

“One might think that the money value of an invention constitutes its reward to the man who loves his work. But… I continue to find my greatest pleasure, and so my reward, in the work that precedes what the world calls success.“ – Thomas A Edison

“The only reward of virtue is virtue; the only way to have a friend is to be one.” – Ralph Waldo Emerson

“Wisdom is the reward you get for a lifetime of listening when you’d have preferred to talk.”
– Anonymous

“Let passion be the reason for your existence & resultant success the reward.” – Dr. Anil Kumar Sinha

“Awesome leaders, make it their aim, their goal, and their business to catch their people doing the right thing and reward them for it! A Simple THANK YOU’ can have a massive impact!” – Ricardo Housham

“If you work long enough, hard enough and enthusiastically enough, sooner or later the effort will bring forth the reward.” – Anonymous

“You’ll never know if the risk was worth the reward until you explore a path that takes you off the boring road you’re on.” – Anonymous

“I have learned that life is constantly testing us for the level of commitment and that life’s greatest rewards are reserved for those who demonstrate unwavering to push forward even when times are tough.” – Anonymous

“You need to understand life enough and at the same time be ready to endure the consequences of your actions, because every action of life comes with a reward.”
– Kemmy Nola

“There is always a reward in all hard work and sacrifices, so you must be patient and stay strong in all circumstances.” – Nishan Panwar

“Reward will follow every good deed. Only by doing good deeds can a man know the true joy of living and have a long life.” – Confucius

“Sometimes after working so hard, things may appear like we never really worked. But God knows it all and He will reward us accordingly.” – Terry Mark

“The reward of tolerance is the presence of peace of mind.” – Ky Vanchhay

60 Quotes on What Makes Me Happy

May these Kung Fu Panda Quotes give you the inspiration to get better in your life. There is no charge for awesomeness and attractiveness...

Angry quotes. Whatever is begun in anger ends in shame. I will give you two situations, and you must answer the question honestly...

It's so important to keep motivating yourself to learn. How to Motivate yourself to keep learning. List of learning motivation strategies...