60 Beautiful Quotes How to Show Respect 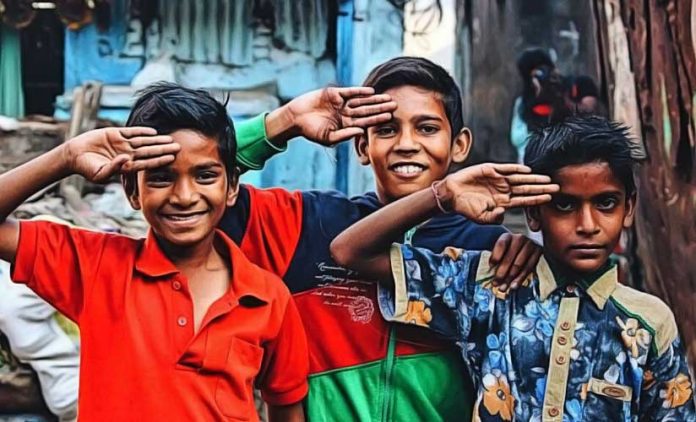 May these Quotes on How to show respect give you the inspiration to get better in your life. Have you ever wondered what the thing that can unify all humanity is? You might not notice it, but each and every person in this world has different ideologies, opinions, and thoughts.

But still, some people can live together, laugh together, eat together and do all the stuff together. Do you know what it is? Yes, you’re correct! Like what is stated in the title, we can have a peaceful life together as long as everybody has ‘RESPECT.’

That’s the only way to make it happen. Unfortunately, sad things have happened recently. Respect is eroding at an alarming rate throughout this day and age. People are becoming more egotistical and uncaring of those around them.

This has to be changed as soon as possible. People need to be educated more on how to show respect to each other. Only then, the world will remain peaceful.

You may think that respect is to be earned. Yes, that is correct! There’s nothing wrong with that. But, what you forget is respect is not a one-way road. It needs to be mutual. It would be best if you gave respect to get care from others.

And it doesn’t take much to show respect and be considerate of others. Trust me, ‘Respect others so that others can respect you.’ Thus, to encourage you on how to show respect, here are some quotes for you;

“One of the most sincere forms of respect is actually listening to what another has to say.” – Bryant H. McGill

“We don’t need to share the same opinions as others, but we need to be respectful.” – Taylor Swift

“I firmly believe that respect is a lot more important, and a lot greater, than popularity.” – Julius Erving

“Everyone in society should be a role model, not only for their own self-respect, but for respect from others.” – Barry Bonds

“To the living we owe respect, but to the dead we owe only the truth.” – Voltaire

“There is no respect for others without humility in one’s self.” – Henri Frederic Amiel

“Respect is what we owe; love, what we give.” – Philip James Bailey

“Be modest, be respectful of others, try to understand.” – Lakhdar Brahimi

“We should all consider each other as human beings, and we should respect each other.”
– Malala Yousafzai

“When you are content to be simply yourself and don’t compare or compete, everybody will respect you.” – Lao Tzu

“Show respect to all people, but grovel to none.” – Tecumseh

“It is so important to get respect for what you do and at the same time give it.” – Estelle Parsons

“Everyone should be respected as an individual, but no one idolized.” – Albert Einstein

“Men are respectable only as they respect.” – Ralph Waldo Emerson

“Be peaceful, be courteous, obey the law, respect everyone; but if someone puts his hand on you, send him to the cemetery.” – Malcolm X

“I’ve been so lucky to work with such great people: people that are such hard workers and have such a respect and appreciation for one another.” – Blake Lively

“We will not agree on every issue. But let us respect those differences and respect one another. Let us recognize that we do not serve an ideology or a political party; we serve the people.” – John Lynch

“Just imagine how different the world could be if we all spoke to everyone with respect and kindness.”
– Holly Branson

“We all require and want respect, man or woman, black or white. It’s our basic human right.” – Aretha Franklin

“We should respect all religions and just believe in peace, kindness and harmony.” – Ananya Panday

“Be loyal to those who are loyal to you. And respect everyone, even your enemies and competition.” – John Cena

“I believe that working with good people matters because then the work environment is good. If there is a sense of respect and belief among the people you work with, that is when good work is done.” – Ranbir Kapoor

“Life is short, and we should respect every moment of it.” – Orhan Pamuk

“Respect for the rights of others means peace.” – Benito Juarez

“I respect everybody. You don’t have to earn my respect. You earn my disrespect.” – Charlie Murphy

“Respect… is appreciation of the separateness of the other person, of the ways in which he or she is unique.” – Annie Gottlieb

“You can have a certain arrogance, and I think that’s fine, but what you should never lose is the respect for the others.” – Steffi Graf

“Knowledge will give you power, but character respect.” – Bruce Lee

“Be kind, don’t judge, and have respect for others. If we can all do this, the world would be a better place. The point is to teach this to the next generation.” – Jasmine Guinness

“Different people have different opinions, and it’s okay to respect all of them.” – Juan Pablo Galavis

“Be a warrior when it comes to delivering on your ambitions. And a saint when it comes to treating people with respect, modeling generosity, and showing up with outright love.” – Robin S. Sharma

“Respect goes a long way when you carry yourself a certain way and show manners when you first meet someone. If you do that, then it’s hard for somebody not to like you.” – Lamar Odom

“When you have love in your life and respect what you do, you get up and do things. Yes, definitely I do feel tired, but when I look around and see how privileged I am, I get going.” – Sushmita Sen

“It’s all about togetherness and to pay the other the necessary respect. If you do that, then we all would feel better. It is not always a taking but also a giving in both directions.” – Niko Kovac

“Honest communication is built on truth and integrity and upon respect of one for the other.” – Benjamin E. Mays

“Openness, respect, integrity – these are principles that need to underpin pretty much every other decision that you make.”
– Justin Trudeau

“The enemies cannot destroy the king who has at his service the respect and friendship of the wise men who can find fault, disagree, and correct him.” – Thiruvalluvar

“It is my goal to love everyone. I hate no one. Regardless of their race, religion, their proclivities, the desire of their heart and how they want to live their life and the decisions that they make. I can even respect people’s decisions and lifestyle choices just as I hope they have the courtesy to respect my decisions and my choices.” – Kirk Cameron

“A good society is characterised not just by liberty but by mutual respect and responsibility. When this breaks down it takes a lot more than police officers to put things right.” – David Lammy

“Most good relationships are built on mutual trust and respect.”
– Mona Sutphen

“Goodness and hard work are rewarded with respect.” – Luther Campbell

“My parents loved each other. I was raised in a house of total love and respect. My dad worked very hard and my mother was incredibly devoted to him. I can unequivocally, without any peradventure of doubt, tell you that I was raised with the kind of love that we only dream of.” – James Woods

“Every human being, of whatever origin, of whatever station, deserves respect. We must each respect others even as we respect ourselves.” – U Thant

“If we lose love and self respect for each other, this is how we finally die.” –  Maya Angelou

“My parents taught me about the importance of qualities like kindness, respect, and honesty, and I realize how central values like these have been to me throughout my life.” – Kate Middleton

“If you are sincere and true to your work, you will be respected. And for me, respect is power.”
– Riteish Deshmukh

“One thing I’ve learned through all the ups and downs is that if you’re doing things right, then you have a core group of people. Not just a core group like your homies or your buddies, but a group of people that has a good influence on you, who you respect and admire, and you know that if they’re on your side, you’re doing something right.” – Hope Solo

“When you practice gratefulness, there is a sense of respect toward others.” – Dalai Lama

“We reserve our deepest respect and admiration for those who volunteer for service and give their lives to help keep our nation secure.” – Mitt Romney

“I have learned that the biggest stars and the greatest players are the most humble ones, the ones who respect people the most.” – Kylian Mbappe

“Don’t worry about what the people say; be yourself, say what you want to say with respect.” – Mariano Rivera

“Treat everyone with respect and kindness. Period. No exceptions.” – Kiana Tom

“Responsibility and respect of others and their religious beliefs are also part of freedom.” – Horst Koehler

“When men and women are able to respect and accept their differences then love has a chance to blossom.” – John Gray

“My one thing is respect. I don’t care about anything else. You should respect everyone around you – the people who work for you, peers. Be classy.” – Charli XCX

“No one deserves any more respect than the other person until they prove themselves unworthy.” – Frankie Faison

60 Feeling Down Quotes to feel Appreciated

60 Quotes Will I Ever Be Happy to find truly Happiness

For the Luckiest Person in the World: 60 Beautiful Love Quotes

Previous article
What Makes Someone Responsible?
Next article
Education is the Key to Success

Why Am I Becoming Lazy and Why It’s Bad?

Why am I so lazy to do anything? Is it lazy is really bad? Motivation is really important for people to chase their dream...

Don’t Be Afraid, Try Something New!

May these Quotes Related to Memories give you the inspiration. Take care of all your memories. For you cannot relive them. - Bob Dylan...

60 Inspirational Quotes on Dealing with Stress

Quotes on dealing with stress. When things don't come the way you want, you will be stressed. However, we have to handle the stress...