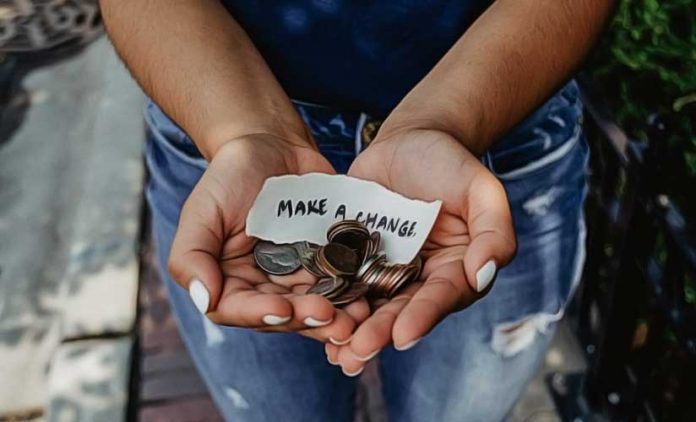 May these Charity Quotes in Islam give you the inspiration to get better in your life. Islam is a religion that encourages its followers to spread kindness, love each other, and do charity no matter who they are or where they are. As Prophet Muhammad, Peace be Upon Him (P.B.U.H) said, “You will not believe until you love for your brother what you love for yourself.”

Selfishness has no place in Islam. That’s why in Islam, it is highly emphasized to help each other. If you see anyone who is in trouble, Islam encourages you to help them within your means.

As Prophet Muhammad P.B.U.H said, “The believers are like one body in their mutual love and affection: if one limb is injured, the rest responds with sleeplessness and fever.”

“He is not a believer whose stomach is filled while the neighbor to his side goes hungry.” – Prophet Muhammad P.B.U.H

Sa’d ibn Ubadah reported: I said, “O Messenger of Allah, my mother has died. Shall I give charity on her behalf?” The Prophet, peace and blessings be upon him, said, “Yes.” I said, “Which charity is best?” The Prophet said, “A drink of water.” – Sunan al-Nasa’i : 3664

“And be steadfast in prayer (salah); practise regular charity (zakat); and bow down your heads with those who bow down (in worship).” – Surah Al Baqarah 2:43

“Whatever of your wealth you spend, shall (first) be for your parents, and for the near of kin, and the orphans, and the needy, and the wayfarer; and whatever good you do, verily, God has full knowledge thereof.” – Surah Al Baqarah 2:215

“The example of those who spend in the way of Allah is just like a grain that produced seven ears, each ear having a hundred grains, and Allah multiplies (the reward) for whom He wills. Allah is All-Embracing, All-Knowing.” – Surah Al Baqarah 2:261

“A graceful word and forgiving is better than charity followed by causing hurt. Allah is All-Independent, Forbearing.”
– Surah Al Baqarah 2:263

“O you who believe, do not nullify your acts of charity by boasting about (doing people a) favour and by causing (them) hurt, like the one who spends his wealth to show off before people and does not believe in Allah and in the Last Day. So, his example is like a rock on which there is dust, then a heavy rain came over it and left it barren. They have no ability to gain anything out of what they have done, and Allah does not give guidance to the people who disbelieve.” – Surah Al Baqarah 2:264

“If you make Sadaqāt (alms) openly, it is good enough, and if you keep it secret and give it to the needy, it is much better for you, and this will write off part of your sins. Allah is All-Aware of what you do.” – Surah Al Baqarah 2:271

“(Your charities should be preferably meant) for the needy who are confined in the way of Allah, unable to travel in the land.” – Surah Al Baqarah 2:273

“Allah will deprive usury of all blessing, but will give increase for deeds of charity: For He loveth not creatures ungrateful and wicked.” – Surah Al Baqarah 2:276

“Those who believe, and do deeds of righteousness, and establish regular prayers and regular charity, will have their reward with their Lord: on them shall be no fear, nor shall they grieve.” – Surah Al Baqarah 2:277

“A man’s true wealth is the good he does in this world.”
– Prophet Muhammad P.B.U.H

“Every act of kindness is charity.” – Prophet Muhammad P.B.U.H

“Defend your faith (in Allah) with the help of charity. Protect your wealth with the aid of Zakat. Let the prayers guard you from calamities and disasters.” – Saidina Ali R.A

”The best charity is that which is practiced by a wealthy person. And start giving first to your dependents.” – Prophet Muhammad P.B.U.H

“Never will you attain the good [reward]1 until you spend [in the way of Allah] from that which you love. And whatever you spend – indeed, Allah is Knowing of it.” – Surah Ali Imran 3:92

“A charity is due for every joint in each person on every day the sun comes up: to act justly between two people is a charity; to help a man with his mount, lifting him onto it or hoisting up his belongings onto it, is a charity; a good word is a charity; and removing a harmful thing from the road is a charity.” – Prophet Muhammad P.B.U.H

“Charity does not decrease wealth, no one forgives another except that Allah increases his honor, and no one humbles himself for the sake of Allah except that Allah raises his status.” – Prophet Muhammad P.B.U.H

“Don’t feel ashamed when giving little for charity; that is because there is always goodness in giving no matter how little.” – Saidina Ali R.A

“The best among you are those who bring greatest benefits to many others.”
– Prophet Muhammad P.B.U.H

“Surely, Allah does not wrong (anyone), even to the measure of a particle. If it is a good deed, He multiplies it, and gives a great reward out of His Own pleasure.” – Surah An Nisa 4:40

“ And the Salah (prayer) is a light, and charity is a proof, and patience is illumination, and the Qur’an is a proof either for you or against you. Every person starts his day as a vendor of his soul, either freeing it or bringing about its ruin.” – Prophet Muhammad P.B.U.H

“Save yourself from hellfire by giving even half a date-fruit to charity.” – Prophet Muhammad P.B.U.H

The Prophet Muhammad (peace be upon him) said: “Every Muslim has to give in charity.” The people then asked: “(But what) if someone has nothing to give, what should he do?” The Prophet replied: “He should work with his hands and benefit himself and also give in charity (from what he earns).” The people further asked: “If he cannot find even that?” He replied: “He should help the needy who appeal for help.” Then the people asked: “If he cannot do (even) that?” The Prophet said finally: “Then he should perform good deeds and keep away from evil deeds, and that will be regarded as charitable deeds.” – Sahih Bukhari

“Believe in Allah and His Messenger, and spend out of that (wealth) in which He has appointed you as deputies. So, for those of you who have believed and spent (in Allah’s way), there is a big reward.” – Surah Al Hadid 57:7

“The charity you give will be your shade on the Day of Judgement.”
– Prophet Muhammad P.B.U.H

“Give charity without delay, for it stands in the way of calamity.” – Prophet Muhammad P.B.U.H

“To command to do good deeds and to prevent others from doing evil is charity.” – Prophet Muhammad P.B.U.H

“The best charity is that given by one who has little.” – Prophet Muhammad P.B.U.H

“The Prophet Muhammad (P.B.U.H) said: Spend in charity and do not count for, then Allah will also keep count in giving you provision.” – Sahih Bukhari and Muslim

“The Prophet Muhammad (P.B.U.H) asked: ‘Which charity is best?’ He replied: `That which you give while you fear poverty.’” – Sahih Bukhari

“When a Muslim spends something on his family intending to receive Allah’s reward it is regarded as sadaqa for him.” – Prophet Muhammad P.B.U.H

“When one of you plants a tree, the fruits of which all creatures enjoy, let it be written as charity.” – Prophet Muhammad P.B.U.H

“To guide a person with defective vision is charity for you.”
– Prophet Muhammad P.B.U.H

Abu Huraira (Radhi Allahu ‘anhu) reported: Allah’s Messenger said, When a man dies, his acts come to an end, but three, recurring charity or knowledge (by which people) benefit, or a pious son, who prays for him (for the deceased). – Sahih Muslim

A man once said to the Prophet Muhammad (peace be upon him): “I have plenty of property, a large family, a great deal of money, and I am a gracious host to my guests. Tell me how to conduct my life and how to spend (my money).” The Prophet replied: “Give (regular charity) out of your property, for truly it is a purifier, and be kind to your relatives and acknowledge the rights of the poor, neighbors and (those in need who seek your help).” – Fiqh As Sunnah, Vol. 3, No. 3

“Do not show lethargy or negligence in giving alms and charity till your last breath.”
– Prophet Muhammad P.B.U.H

“If anyone would like Allah to save him from the hardships of the Day of Resurrection, he should give more time to his debtor who is short of money, or remit his debt altogether.” – Prophet Muhammad P.B.U.H

“To give something to a poor man brings one reward, while giving the same to a needy relation brings two: one for charity and the other for respecting the family ties.” – Prophet Muhammad P.B.U.H

“And he will be averted from it (the Fire) who has the most fearful obedience, the one who gives his wealth purifying himself, and has in his mind no favour from anyone for which a reward is expected in return, but only seeking the countenance of his Lord, Most High. And soon will he attain satisfaction.” – Surah Al Layl 92:17 – 21

Know Your Strengths: How to Identify Them?

How to identify your strength? Is successful people know their strength? Don’t be afraid to try new things..

May these Zootopia Movie Quotes give you the inspiration to get better in your life. If you don’t try anything new, you’ll never fail...

60 Quotes Will I Ever Be Happy to find truly Happiness

Quotes will I ever be happy. There are many people still not feeling happy, and their hearts still feel empty. Only one happiness...

Tips on Self Discipline: 7 Ways to Develop Habit for Success

Self-discipline is important if you want to be productive and successful. Here are seven self discipline tips for success...

60 Inspirational Quotes on Never Give Up on Yourself

May these Quotes on Never Give Up on Yourself give you the inspiration. Never give up. Today is hard, tomorrow will be worse, but the day...