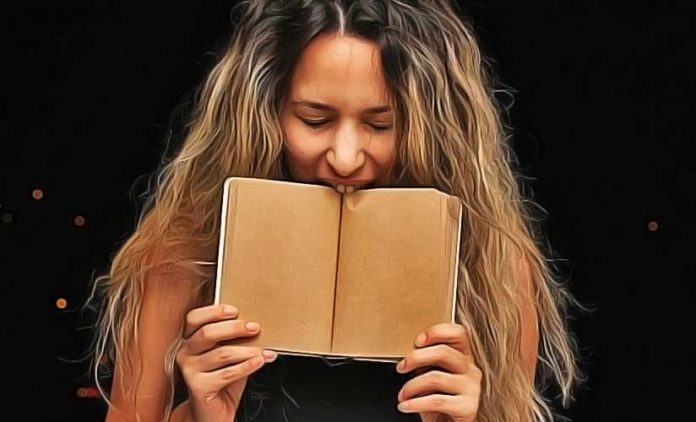 Sometimes there is something that our hearts can’t express. Especially when it’s related to anger. Here is the list of angry quotes that might help you to be calm.

Okay, now, I will give you two situations, but you must answer the question honestly. The first situation is when you just start sleeping after working all night long, suddenly your friend’s phone alarm starts ringing, and your friend is sleeping soundly and didn’t bother to turn off their alarm, did you feel angry about it?

Secondly, after having a long day and being scolded by the boss, you go to the restaurant. After a while, your orders come to you, but then, it isn’t exactly what you were ordering. Thus, did you get mad at it?

If your answers are yes to both questions, no worries! It is common for ordinary humans like us to get angry whenever the urgency comes. Indeed, feeling angry is a human nature that everyone cannot avoid.

But then, the ways of showing anger are different for each and every one of us. Some like to bottle up their rage inside their hearts; some like to nag whenever they are angry, and some want to use force to show they are mad.

When someone lies in front of your face, or someone hurts you physically, or even someone else takes away something you really treasure and care about, of course, you must feel angry about it. Of course, nobody who is in their right mind will get angry.

But then, as a civilized human being, using violence when feeling angry should be the last resort. Furthermore, please remember to never make a decision when you are angry. During that time, your mind is not sound, and you can’t think rationally.

Therefore, you will make the wrong decisions at that time and I’m sure that the decisions will make you regret it for the rest of your life. Thus, if you are outraged and can’t reason, just shut your mouth and don’t say anything. Just walk away from the situation to avoid unwanted things.

Therefore, if you are having a hard time right and needed some advice, here are some angry quotes for you.

“Sometimes, you have to get angry to get things done.” – Ang Lee

“Heaven has no rage like love to hatred turned, nor hell a fury like a woman scorned.” – William Congreve

“Keep your temper. A decision made in anger is never sound.” – Ford Frick

“In times of great stress or adversity, it’s always best to keep busy, to plow your anger and your energy into something positive.” – Lee Iacocca

“Anger is a wind which blows out the lamp of the mind.” – Robert Green Ingersoll

“For every minute you remain angry, you give up sixty seconds of peace of mind.” – Ralph Waldo Emerson

“Anybody can become angry – that is easy, but to be angry with the right person and to the right degree and at the right time and for the right purpose, and in the right way – that is not within everybody’s power and is not easy.” – Aristotle

“Let us not look back in anger, nor forward in fear, but around in awareness.”
– James Thurber

“Ridicule is the first and last argument of a fool.” – Charles Simmons

“Fear is the only true enemy, born of ignorance and the parent of anger and hate.” – Edward Albert

“Silence is one of the hardest arguments to refute.” – Josh Billings

“When angry count to ten before you speak. However, if you’re very angry, count to one hundred.”
– Thomas Jefferson

“Beware of him that is slow to anger; for when it is long coming, it is the stronger when it comes, and the longer kept. Abused patience turns to fury.” – Francis Quarles

“Every day we have plenty of opportunities to get angry, stressed or offended. But what you’re doing when you indulge these negative emotions is giving something outside yourself power over your happiness. You can choose to not let little things upset you.” – Joel Osteen

“There’s a natural law of karma that vindictive people, who go out of their way to hurt others, will end up broke and alone.” – Sylvester Stallone

“People won’t have time for you if you are always angry or complaining.”
– Stephen Hawking

“Anger is an acid that can do more harm to the vessel in which it is stored than to anything on which it is poured.” – Mark Twain

“Violence is the last refuge of the incompetent.” – Isaac Asimov

“Revenge is often like biting a dog because the dog bit you.” – Austin O’Malley

‘Speak when you are angry – and you’ll make the best speech you’ll ever regret.” – Laurence J. Peter

“A broken bone can heal, but the wound a word opens can fester forever.” – Jessamyn West

“A hungry man is an angry one.” – Buchi Emecheta

“The opposite of anger is not calmness, its empathy.” – Mehmet Oz

“He who angers you conquers you.” – Elizabeth Kenny

“I shall allow no man to belittle my soul by making me hate him.”
– Booker T. Washington

“Bitterness is like cancer. It eats upon the host. But anger is like fire. It burns it all clean.” – Maya Angelou

“You want to see an angry person? Let me hear a cell phone go off.” – Jim Lehrer

“Never contend with a man who has nothing to lose.” – Baltasar Gracian

“Holding on to anger is like grasping a hot coal with the intent of throwing it at someone else; you are the one who gets burned.” – Buddha

“The greatest remedy for anger is a delay.” – Lucius Annaeus Seneca

“How much more grievous are the consequences of anger than the causes of it.” – Marcus Aurelius

“Everybody kind of perceives me as being angry. It’s not anger, it’s motivation.” – Roger Clemens

“Anger is an expensive luxury in which only men of certain income can indulge.” – George William Curtis

“When a man is wrong and won’t admit it, he always gets angry.”
– Thomas Chandler Haliburton

“Whatever is begun in anger ends in shame.” – Benjamin Franklin

“Never do anything when you are in a temper, for you will do everything wrong.” – Baltasar Gracian

“To be angry is to revenge the faults of others on ourselves.” – Alexander Pope

“If you get down and quarrel every day, then you’re saying prayers to the devil, I say.” – Bob Marley

“You cannot get ahead while you are getting even.” – Dick Armey

“Anger is a killing thing: it kills the man who angers, for each rage leaves him less than he had been before – it takes something from him.” – Louis L’Amour

“A man who has not passed through the inferno of his passions has never overcome them.” – Carl Jung

“When anger rises, think of the consequences.” – Confucius

“Anger is a short madness.” – Horace

“Anger and intolerance are the enemies of correct understanding.”
– Mahatma Gandhi

“When you are offended at any man’s fault, turn to yourself and study your own failings. Then you will forget your anger.” – Epictetus

“There’s nothing wrong with anger provided you use it constructively.” – Wayne Dyer

“Anger is a momentary madness, so control your passion or it will control you.” – G. M. Trevelyan

“Anger is never without a reason, but seldom with a good one.” – Benjamin Franklin

“Man should forget his anger before he lies down to sleep.” – Thomas de Quincey

“If a small thing has the power to make you angry, does that not indicate something about your size?” – Sydney J. Harris

“It is impossible for you to be angry and laugh at the same time. Anger and laughter are mutually exclusive and you have the power to choose either.” – Wayne Dyer

“No man can think clearly when his fists are clenched.” – George Jean Nathan

In summary, it is hoped that all these angry quotes might help you to let out what the heart can’t express. Subsequently, after browsing our angry quotes you can share these quotes with your family and friends.

Additionally, if you’re seeking more ways to bring happiness and joy into your daily routine, be sure to check out our list of positivity articles and inspirational quotes too.

May these Self Reward Quotes give you the inspiration to get better in your life. If you believe in yourself, never quit, you'll be a winner.

How Reading Can Help You Succeed-Read!

When you keep reading, you set yourself up for success. How reading a lot can help you succeed. Here few reasons why reading can help you...

60 Beautiful Happy Quotes For The Day

Happy Quotes. Happiness is priceless. Be happy for this moment. Happiness lies in the joy of achievement and the thrill of creative effort...